Cigar wrappers come in many shades and colors. There are almost as many wrappers as there are shapes. The most we’re familiar with are the light tan of Connecticut shade wrappers, the medium browns of Habanos, and the oily dark Maduros. Walk into a cigar store’s humidor and you’ll most likely see hundreds of selections sporting one of these wrappers. Occasionally, especially around St Patrick’s Day, you’ll see green leaf cigars. You might even think that maybe they need more time in the tobacco barn. Or, you might wonder whether cigar makers dye the wrapper green like green beer or a Shamrock shake. You might find a stick wrapped like a barber pole with a Connecticut, Maduro, and a pale green leaf wrapper.

These rare verdant cigars go by a few different names: American Market Selection, Double Claro, and Candela. Spanish for “Candle”, Candela cigars offer a milder taste than Connecticut shade cigars. Yet, they are still full of flavor and can add something different to a humidor. They offer sweet vegetal notes like grass and fresh hay or dried herbs and green tea leaves.

The History of Candela Cigars

Legend has it that back in the ‘40s, Cuban tobacco farmers accidentally created Candela wrappers when there was excess humidity in the curing barns. To combat this, they used heat to help dry the tobacco leaves. Instead of coming back to brown Habanos, they opened the barn doors and discovered that some leaves stayed green. Thus, the Candela wrapper was born.

The green wrappers brought in a lot of green money for tobacco farmers in the late ’50s. For a while, Candela green leaf cigars were the most popular type of cigar to come out of Cuba for American cigar smokers. They were so popular that they became known as American Market Selection cigars outside of the US. Almost every red-blooded American had a green stick in their mouth. The milder taste and aroma of a Candela were preferred to the strong, full-bodied cigars from Havana. After President John F. Kennedy (who was a huge fan of Candelas) enacted the embargo on Cuban exports, Candela cigars were harder to come by. By the early ‘70s and ’80s, Candela wrappers fell out of favor and gave way to Connecticut shade wrappers as America’s choice for a mild tasting cigar.

Much like Maduro, Candela refers to the curing process rather than the type of wrapper leaf used. There’s a process to create these emerald wrappers. Tobacco leaves are picked before reaching full maturity. Then, they hang in sealed curing barns to dry. Vents on the floor and barn roof allowed for a full flow of air to breeze through. When the heat slowly rises in the barn from 90 to 175 degrees Fahrenheit, it locks in the Chlorophyll, which colors a leaf green. Essentially, the leaves bake until fully dried. At this stage, the leaves grow fragile to the touch and require rehydration for leaf pliability. After that, cigar makers store Candela leaves in a cool place instead of the usual pylons.

This is faster than curing regular cigar wrappers. Normally, green leaves from the tobacco plant are taken and hung in curing barns for 30 to 45 days. Slowly, the combination of heat, humidity, and time turns the tobacco leaves from a bright green to the rich brown shades that we see today. By quickly heating the leaf and controlling the humidity, you cut the time of making Candela wrappers to about 72 hours, instead of waiting a month.

Nowadays, Candelas only take up a small space on shelves of cigar store humidors. Names like Arturo Fuente, Camacho, and Macanudo offer green leaf cigars, but they can be hard to find at your local brick and mortar store. However, newer cigar makers, like Alec Bradley, Illusione, and Acid by Drew Estate, have a few Candela cigars in their lineup for smokers to puff on. These emerald beauties are worth having a stick or two in your humidor. The light, clean tasting notes of Candelas go well with good rye on a golf course or sitting on the deck after mowing your lawn. 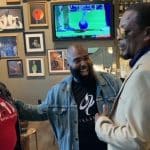