The third Saturday in October means Tennessee vs. Alabama football…and the Alabama cigar tradition. Until Tennessee’s program slipped below mediocrity, this was one of the best rivalries in college football. Two programs, rich in history, often rose to the top of the Southeastern Conference.

A conference game holds certain title implications: the winner gets to light up a cigar. And, we mean right there in the stadium and breaking God knows how many rules. Oh yeah, fans get in on the act as well. Even if you don’t like college football or these programs are your bitter rivals, you can’t help but smile at this wonderful tradition. That’s even more true if you’re a cigar aficionado.

About the time the game ends, and the winner is clear, fans inside the stadium start lighting up cigars. Yes, right there in the stadium. Fans not inside Bryant-Denny Stadium in Alabama or Neyland Stadium in Tennessee, light up wherever they are. That might mean in the parking lot where the tailgating party is. Or, they’ll celebrate with victory cigars in local sports bars, at home, or even thousands of miles away. Here are a few great pics from last year’s game.

What Kind of Cigars are they Smoking After the Game?

For players and staff, favored sticks appear to be Honduran house sticks from R&R Cigars in Downtown Tuscaloosa.  Per the R&R website, it appears they are from a Rocky Patel factory.
For the fans, it’s a little bit of everything. From great stuff that has aged in the humidor all year to everyday sticks from the local B&M to the Swishers stuff. Remember, most of these traditional participants aren’t regular smokers,. For many it is the only stick they smoke all year. Shop owners in Alabama report a 30% increase in sales during game week.

A History of the Alabama-Tennessee Cigar Tradition

In 1961, Jim Goostree, then an Alabama athletic trainer, and a University of Tennessee Alum, made a promise to the Tide players. If they won, snapping a six-game losing streak in the rivalry, he’d dance naked in the locker room. Well, not only did the Tide win, but Ol’ Jim did, in fact, dance. Fortunately, this was 1961. They didn’t have iPhones, Youtube, or Facebook yet. So, there was no video footage of Jim in his birthday suit to float around. But during his naked dance, he’s also rumored to have lit a cigar. The players wanted a cigar, too. Boom! A tradition was born.
The tradition lived on for years. Then, it took a few breaks amid political correctness on campus. But, in 2005 somebody in Alabama said “F*** It!” The tradition rekindled. Since then, the Alabama athletic department self-reported to the NCAA a minor violation.

How Many Rules or Laws Does This Violate?

Since 2015, the entire University of Alabama campus, including the stadium, has been a smoke-free environment. The NCAA expressly prohibits the use of tobacco products by any player, coach, member of athletic personnel, or etcetera. So, all players, staff, fans and etc. are engaging in a minor criminal offense. Any other day of the year, this would result in a citation and fine.
The actual cigar given to a player is an “impermissible benefit”. In other words, it could subject the player to all kinds of trouble. That includes loss of a scholarship, forfeited games, ineligibility or etcetera. Although the cigar seems a small thing ($10-20 value), players have been penalized for less. USC and Ohio State fans am I wrong?
But, on this one day in October, the usual rule-based NCAA does something rare. It exercises common sense. Nobody is being hurt by this cigar tradition. It’s fun and the fans enjoy it.

Alabama Cigar Tradition Brings It Together

There are many wonderful things about cigars and football. Setting a tradition is one of them. Cigars really are about relationships and strengthened over a shared cigar. The winners of this athletic contest will one day have a story to tell to their grandchildren. They speak the three to five of the annual third Saturdays in October when they took part in a cigar tradition. A victory cigar tradition. What better way to reminisce? 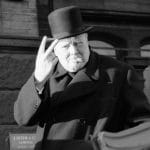 How to Choose a Great Victory CigarJoy of Cigars 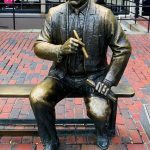