Tendrils of cherry-scented smoke twist, curl and roll as they rise from the cigarillo held between the young woman’s fingers. A box of Swisher Sweets lies on the counter while the clerk counts the change. It’s the last box until the next shipment arrives on Thursday. Anyone else looking for their cherry cigarillo fix will have to wait or buy them elsewhere. It’s a common thread among tobacco retailers across the U.S. today as is the rising number of women and younger adults joining the ranks of cigar aficionados.

Cigar smokers have long enjoyed a status symbol among affluent society. The association usually envisions a cigar smoker with that of a middle-aged, white gentleman in a cozy, over-sized, leather office chair. Yet, this is one cliche that no longer rings true of all cigar aficionados today. Instead, cigars and cigarillos have adapted to a new group of smoking enthusiasts, including younger adults and women. What draws them in? The appeal begins with the slim, sweet-flavored cigarillos, but it doesn’t stop there.

Rich in History, New on Flavor

Who knows where the idea to roll a leaf and smoke it came from, but we’re glad someone thought to try it. While cigars have their historical beginnings in what may have begun as ceremonial purposes, they have risen over the centuries to include social status symbols, camaraderie, and public and private enjoyment. Even Christopher Columbus, the man credited with spreading stogies to Europe, couldn’t have known how far the cigar would travel over time and ultimately shape today’s smokes.

The cigar is no longer limited to the pleasures of affluent European men, despite its ongoing association as a status symbol. Now, cigars and cigarillos have adapted to modern culture and that includes an appeal to today’s young adults and women. Stogies are on the rise and there’s no telling how far they’ll grow, but it’s what’s contributing the rise in the cigar economy that’ll make you smile and puff some more. So, light ‘em up, kick back, relax, and read on.

Stogies on the Rise

The popularity of cigars and cigarillos is steadily rising. In fact, cigars are growing at about 2% per year with the U.S. being the largest global market, according to Statista. Younger adults and women are rushing in to try their first leaf. Lighting up is less about what’s trending and more about the counterculture with cigar clubs and herfs toking up virtually everywhere. So, what’s the deal?

For many, it’s a way to get social and connect with different minds and a common interest. It’s about relaxing after a long day or a hard exam. Or, chilling with your friends or simply kicking back and puffing on a long stick. It’s also about newer flavors that enthrall and entice. It’s about all this and more.

Forget the affluent smokers of old for a moment. No one ever said there was a societal restriction to smoking, and if they did, it’s old news, Baby. Grab your Gurkhas, your Rocky Patels, and anything else you can get your hands on and light ‘em up. Today, there’s a cigar or a cigarillo designed for nearly everyone, every age, and every gender. From Swisher Sweets to Macanudos to the Montecristo and beyond. It’s an affinity for the smoke, the culture, the camaraderie, the pleasure, and more. Stogies are on the rise and young adults and women are taking notice.

For today’s women and young adults, cigars and cigarillos are all about the experience, the rich, unique flavors, and much more. They’re sexy. They’re fascinating, and they’re relaxing – all rolled up inside one stick. For those sampling the leaf, many of today’s cigarillos are available in fun, fruity flavor bombs that tantalize the taste buds at an affordable price while offering a unique tobacco experience.

Cigarillos might carry some resemblance to the modern cigarette in size or shape. But make no mistake, cigars and cigarillos are made differently than cigarettes. That gives them their unique, natural flavors and exceptional quality from the first puff to the very last. So, what do women really think about cigarillos and cigars? Let’s find out.

“They [the cigarillos] lasted longer than a cigarette. I never smoked a whole one at once – just  half in one session and the other half a couple of hours later.” – Shaylee Morton, Andover, Maine

This is one opinion, sure, but it’s certainly not the only one. Cigarillos are popular for beginner cigar smokers and women, often due to their slender size, shape, and the new flavor bomb infusions. So, how do they compare to the common cigarette?

From Cigarettes to Cigarillos

As we mentioned, sometimes size really does matter and the slimmer shape and flavors are gaining popularity among women. Filters or non-filters? That depends on individual preference, but with so many juicy new flavors to choose from, who cares?

“The cigarillos I bought didn’t have a filter and I really liked that. They were thin and smaller [than traditional cigars], easier to hold, and easier to throw in your purse. I love the grape flavor. That one is my favorite.” – Donna Ward, Morton, Illinois

Well, there you have it. The flavor is a powerful thing. Yet, if you thought that the cigarillo was the only player in the game for women, you might want to reconsider. Throngs of women are taking to cigars more now than ever before. In fact, a simple search on Facebook yielded not one, but four different groups and several websites dedicated to women cigar aficionados.

Cigars smoking is no longer viewed as a taboo thing for women to do. So, ladies, grab your sticks and puff away, but why stop there? The world needs more quality cigars to intrigue them, right? With that said, it’s time to go beyond the smoke.

Going beyond cigar-smoking means stepping it up a notch. It’s not rocket science or anything, but neither is it just about smoking the finest leaf around either. It’s so much more than that and to fully appreciate it, you must immerse yourself in it, and for some, only a full immersion will do. That’s precisely what Afro-Cuban-American twin sisters and cigar aficionados, Yvonne and Yvette Rodriguez did down in Miami.

Tres Lindas Cubanas goes beyond the smoke as the first female-owned cigar brand to launch in the U.S. It was their love of leaf and ancestral history that brought this cigar lover’s dream to fruition. This dynamic duo specializes in superb Nicaraguan manufactured stogies that dazzle the taste buds in packaging that does triple-duty by branding their product, ensuring tantalizing freshness, and dishing up some simple, but sophisticated packaging eye-candy along the way. It’s cigars like these and more that’ll leave you proud to nub your stick all the way down.

Today, cigar smoking isn’t just about the smoke. It’s about camaraderie or even joining a herf. It’s also about relaxing with a Macanudo or Montecristo. Finally, it’s about savoring the richness in leaf, the fullness of flavor, and the love of life in general. Cigar lifestyle isn’t just about smoking a cigar or cigarillo. So, if you’re ready to join the clan of rising cigar aficionados, then grab your stick and light that baby up. 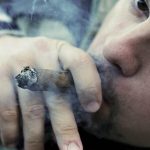