Are Real Cohiba Cuban Cigars Worth the Hype?

Ask a handful of new cigar smokers what they think the ‘best’ cigar is, and you’ll likely hear the word “Cuban” come up. As with anything that’s outlawed,’ Real Cuban cigars have had a certain mystique surround them. It’s an air that other cigars don’t have. But – are they worth the mystique and the money? Anyone who’s tried to buy Cuban cigars oversees – the real ones, not the Cohiba knockoffs! – knows that they’re extraordinarily expensive.

So, is it worth forking up the dollars for the authentic Montecristo, Cohiba, or H. Upmann from Cuba?

First, Cuban tobacco has a distinctive flavor. It’s the only thing that makes a real ‘Cuban’ cigar taste the way it does. Then, there’s the ‘I can’t what I want’ mentality that’s been floating around for almost 60 years. That gives having a Cuban cigar a sense of ‘coolness’ to it. Cuban cigars carry a uniqueness all their own. When tobacco is grown, it takes on the flavor of the soil it’s grown in – so yes, Cubans are unique in that way. The climate in Cuba – being smack in the middle of the Caribbean – makes for some fantastic tobacco.

A typical Cuban has a bold flavor profile that’s rich and complex. For those who have smoked them – you know what I mean. Some Cuban brands have milder varieties. But, the well-known Cuban cigars lie more towards the “fuller” side – so if you’re new to cigars, ease in. Some reputable brands are Cohiba, Montecristo, H. Upmann, and Romeo y Julieta. You can’t go wrong with any of them.

Where Do I Find Them?

Now, you want to buy some good Cuban cigars, but where? Since 1962, there’s been an embargo on cigars coming from Cuba – one of their top exports. Recently, the U.S. has loosened laws around bringing Cubans back to the United States. It’s still tough to find them in the lower 48 states, though, because they can’t be resold here. Plan on an international trip, but be aware if you travel overseas and are in the market for a Cuban. Watch out for counterfeits – they run rampant.

If you’re sitting on the beach, enjoying a nice umbrella drink, and a vendor asks if you’d like to buy a three-pack of Cohibas for $10 – run away! Real Cubans are expensive – expect to pay some decent dollars for a cigar – usually around $15 or more per stick.

Duty-free shops in airports are great spots to buy an authentic Cuban. Although, they may need a couple of months in your humidor when you get home. Also, if you’re staying at a reputable hotel, and we’re assuming you are, ask the front desk where you can find some ‘real’ Cubans. Many tourist towns have a shop or two that sells the real deal, and you can go there to pick up a few to bring home with you.

Is It Worth It?

Yes! Take this with a grain of salt. There are some fantastic cigars out there from plenty of manufacturers throughout the Caribbean (think Nicaragua, Honduras, etc.). But, if you’ve never had a Cuban, it’s almost a rite of passage – you have to try one.

So, next time you’re planning a vacation and want to incorporate some cigars into the mix, seek out a real Cuban cigar. Try one for yourself and let us know what you think! 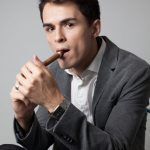 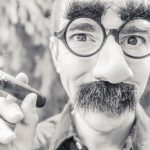 Never Judge a Cigar by the Cigar WrapperCigar Fundamentals, General, Joy of Cigars