Nicaragua is the largest country in Central America and has the most cigars imported into the United States, beating out the Dominican Republic and Honduras. According to Cigar Aficionado, during the first two months of 2021, Nicaragua shipped 16.4 million cigars, compared to 7.3 million from Honduras and 10.9 million from the Dominican Republic. Most cigar makers offer some blends of Nicaraguan cigars in their portfolio, and for a good reason. Nicaragua has some of the most fertile soil and ideal climate conditions for growing tobacco that produce smooth, full-bodied tobacco for premium cigars. Initially, Nicaragua grew tobacco primarily for cigarettes. The great exodus of tobacco farmers from Cuba then prompted the development of tobacco leaves for cigars.

Cuba lost many of its tobacco growers after the Cuban Revolution. During the late ‘60s, Simon Camacho (who started Camacho Cigars) and Juan Francisco Bermejo fled Cuba and sought other countries to grow tobacco. In Nicaragua, they discovered that the dark volcanic soil was rich in nutrients and yielded tobacco leaves that were sweet and earthy. They were the first to establish the first Nicaraguan cigar manufacturer in 1968, The Nicaragua Cigar Company. They planted Cuban-seed tobacco in the regions of Esteli, Condega, and Jalapa and built cigar factories in central Esteli.

Nicaraguan Cigars During the ’70s and ’80s

During the ‘70s and ‘80s, Nicaragua had its own revolution, and the cigar industry suffered because of the fighting. In 1978, unrest came to a head, and the Sandinista National Liberation Front fought for control of Nicaragua. During riots, protestors torched Somoza-owned businesses, including the Nicaraguan Cigar Company facilities. When the Sandinistas gained control of Esteli, Somoza feared losing control and bombed the city, resulting in more damage. Somoza fled Nicaragua and was assassinated in Paraguay. The Sandinistas formed their own government, nationalized the Nicaraguan Cigar Company, and rebuilt its factories. However, in 1985, the US imposed another embargo, this time banning all Nicaraguan imports, including cigars. During this time, the Dominican Republic and Honduras became the predominant shippers of premium cigars to America.

Nicaraguan Cigars During the ’90s Elections

In 1990, Nicaragua held elections, and Violetta Barrios de Chamorro won and formed a non-Sandinista government. Later that year, President George H. W. Bush lifted the embargo, allowing Nicaragua to sell their cigars in America, and kicked off the cigar boom of the ‘90s. Unfortunately, as business was picking up, Hurricane Mitch devastated many tobacco farms in Nicaragua. The country rebuilt and recovered. Now, decades later, Nicaragua has some of the best cigars on the market.

There are four primary regions in Nicaragua where tobacco is cultivated: Esteli, Jalapa, Condega, and Ometepe. Each area has its own soil and climate, giving tobacco distinctive flavors and aromas.

Near the Honduran border, Esteli is the second-largest city in Nicaragua but is the heart of the country’s cigar industry. Esteli is to Nicaragua like Havana is to Cuba, or Danli is to Honduras. Most of the factories are located here, and it is the business hub of many cigar makers, including Joya de Nicaragua, Padron, Perdomo, and many more. Farmers grow tobacco in the hard, black soil that produces rich, dark tobaccos. Combining this with plenty of sunlight during the growing season results in tobacco that is rich in flavor, full-bodied, and strong.

To the northeast of Esteli lies the Jalapa Valley. It is a remote area that also borders Honduras. Farmers grow smooth, sweet, and creamy leaves in the region’s red clay soil. The tobacco is more mellow than the darker leaves grown in Esteli. Jalapa Valley also produces beautifully elegant and highly prized cigar wrappers.

Also north of Esteli is another valley. The Condega valley’s soil is rocky and most of the tobacco cultivated there is sun-grown. The thinner tobacco leaves grown here are mainly used for filler and binder tobacco that is earthy, sweet, and spicy.

The final region where tobacco grows in Nicaragua is a volcanic island in Lake Nicaragua, called Ometepe, near the city of Granada. Twin volcanoes form it with a thin isthmus connecting them. The volcanic soil is rich and highly fertile. The tobacco grown here is like Jalapa, but more earthy with hints of sweetness and spice.

As a whole, Nicaraguan cigars range anywhere from medium to full-bodied. The flavors are bold but smooth with little to no bite. Some tasting notes include earthy notes that are salty or metallic. Tasting notes also include baking spices such as nutmeg and cinnamon, strong espresso notes with dark cocoa, or spicy white and red peppers; and sweet cream and toasted nuts.

Nicaraguan cigars have become very popular over the recent decade. The United States imports many Nicaraguan cigars thanks to the full-bodied flavor the cigars offer. The country’s tumultuous history has resulted in some of the best cigars today. 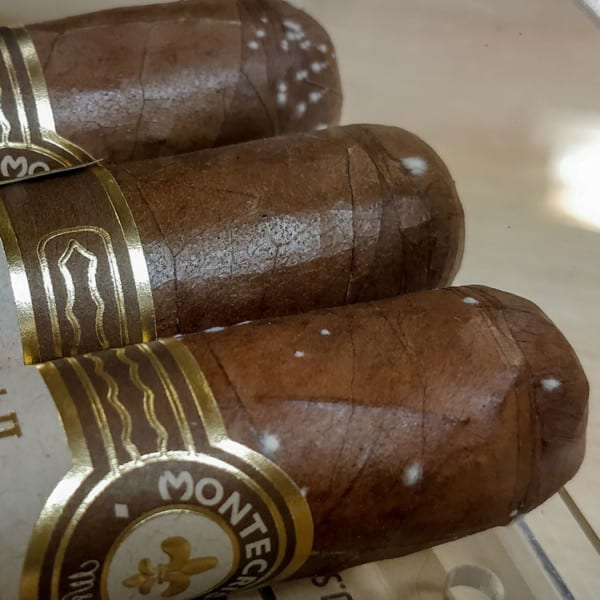