Poker and Cigars: A Winning Combination

Certain combinations simply can’t be beaten. Clambakes and the beach. Fishing and beer. One of our favorite combinations is cigars and poker. Cigars have been synonymous with poker for as long as we can remember. Even in the infamous, “Dogs Playing Poker” painting, the bulldog is always shown chomping on a stogie; it may be a veiled homage to Winston Churchill. One thing we know for certain, there is nothing greater than the combination of two of our favorite past times.

Poker and Cigars are Good for Business

The World Series of Poker is the biggest poker tournament in the world and comes with a hefty price tag of $10,000 just to enter. During the tournament week, it is one of the busiest in Vegas, with only the Superbowl and March Madness, in terms of capacity and money being moved around, being busier. That money tends to find its way into cigars. Vegas retailers point out a significant surge in cigar sales during the biggest poker tournaments. Some companies like Escobar Cigars have gone as far as sponsoring poker tours — even the players themselves!

We Know Poker and Cigars Work; But Why?

We spoke to several avid poker players and asked why the affinity for cigars with poker. For some, it’s the epitome of relaxation; doing two favorite things at once. A well-rolled Nicaraguan allows them to focus on something besides the game and settle the jitters that come with high-level performance.

Others believe it adds a layer of intimidation; like a victorious general emerging from battle. They all agree they love the camaraderie and simple bonding that comes with sharing a cigar with their fellow players. One player confessed that cigars helped hide his “tells”— those little secret signals, and sometimes not-so-secret signals, that a player unconsciously does that give away his hand.

Gotta Know When to Hold Them

A well-kept humidor is something that most casinos always have. There is nothing better than celebrating a big tournament win, or simply a great night of cards with a cigar.

Casinos are more than well aware that the better the player did, the more likely they are to splurge on a premium or rare cigar. They remain one of the few places where you can still smoke cigars fairly freely; being well stocked with an excellent selection is in their best interest. Before big games, players often target certain trophy cigars in the humidor that they would never buy on a regular basis, but would become a coveted prize after realizing a significant win.

One common theme among most poker players who enjoyed cigars is timing. Simply put, when you are playing in a tournament or a friendly house game with your buddies, you have a few hours to kill. Why not combine multiple pleasures? You don’t have to be forced to either have your cake or eat it; you can do both!

One thing is certain; whether you bluff your way to a big win in Vegas and take a victory lap on the strip with a cloud of smoke behind you, or you find yourself in Atlantic City on the wrong end of a straight flush and have strolled the boardwalk alone with your Robusto, cigars, and poker will be inextricably linked!

Trophy Cigars and the Art of the HuntCigar Fundamentals, Joy of Cigars, Market Trends, Travel 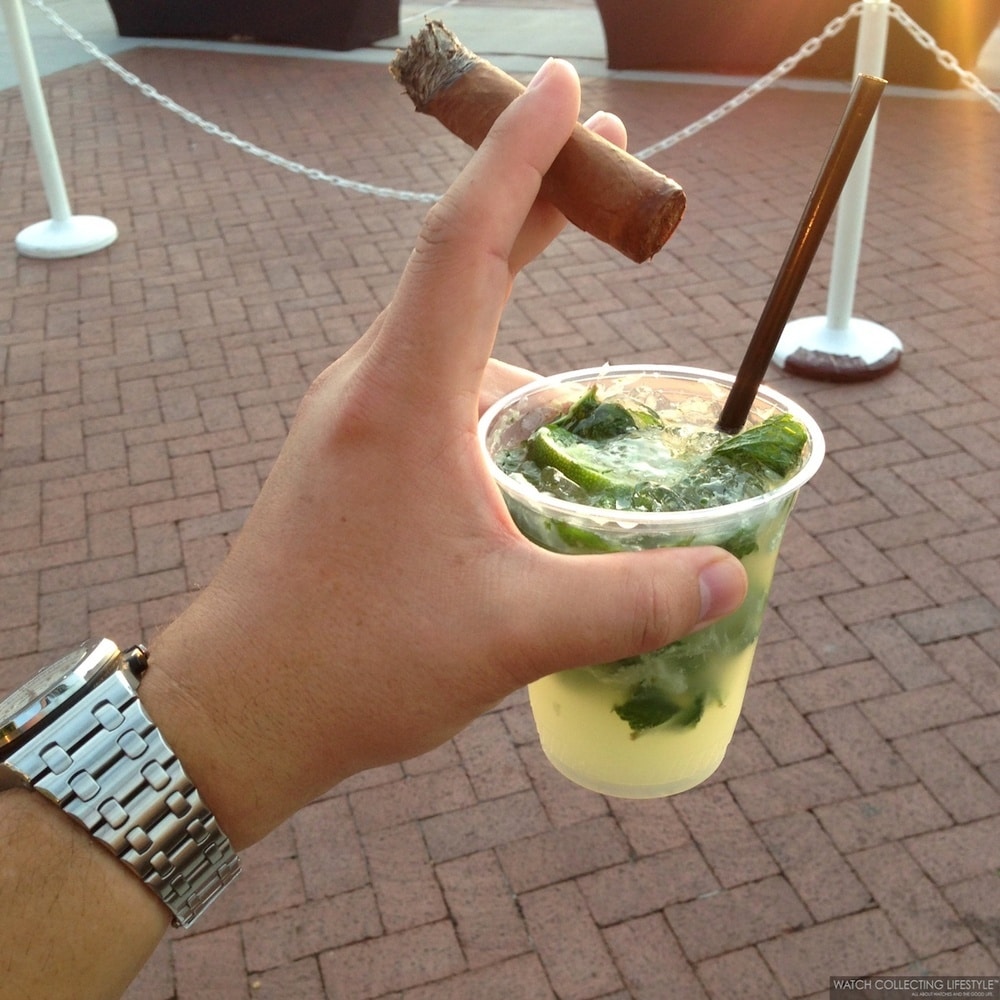