By Staff
Posted December 22, 2019
In Cigar History, General, Joy of Cigars, Relaxation, Sports
Michael Jordan and Cigar Lifestyle2019-12-222021-03-04https://cigarlifeguy.com/wp-content/uploads/2019/06/logo.pngCigar Life Guyhttps://cigarlifeguy.com/wp-content/uploads/2019/12/mj_golf_course-scaled.jpg200px200px
0
Michael Jordan is more than an athlete. He is one of the most successful men of the modern world, period. Jordan has managed to dominate more than just the basketball court. He is the winner of six NBA championships. He’s also the owner of the Charlotte Hornets. And, he’s the driving force behind the world’s most popular shoe brand and operator of a chain of high-end steakhouses.
As a man of both wealth and taste, it is no surprise that the G.O.A.T. has developed a taste for Cuban cigars. In fact, Jordan is one of our era’s foremost cigar connoisseurs. It’s rumored that he smokes up to 6 sticks a day (most of them on the golf course).
But, when you’re worth $1.9 Billion, you’re kind of expected to be larger than life.

According to interviews, Jordan began smoking cigars in 1991. That was the same year he and Scottie Pippen put up a combined 62 points to defeat the Lakers during game five of the NBA championship. Jordan says that he wasn’t a daily smoker until a few years later. That’s evidenced by the iconic photo of him with a cigar in his mouth after his 4th championship in 1996.
The stick in question? It was the Hoyo de Monterrey Double Corona 93’, a classic Habano considered by many as one of the best smokes in the world, even today. With a good draw and moderate aromas, this was a long but easy cigar Jordan could smoke on his way to Chicago Stadium. It was a habit that became a lasting cigar ritual emulated by younger athletes.

Today, his Airness spends more time on the golf course than the basketball court, playing 36 holes almost every-day. It’s a habit that fits nicely with his taste for good tobacco. In fact, almost every recent picture of Michael Jordan shows him on a golf course with a stogie hanging from his lips.
Recent interviews have revealed that he is a man that appreciates variety, including his taste in cigars. Jordan’s primary go-to smoke is now the Partagás Lusitania. It’s a Habano double corona that is actually not too removed from the Hoyo de Monterrey. It’s a beast of a Cuban, and the size and stature of it seem fitting for a man like Jordan.
So, how many double coronas does Jordan go through these days? If a report from TMZ is any indicator, the number is high enough that his estate features a walk-in humidor. His estate also has a massive home theater fitted with an air purification system to remove “massive amounts of cigar smoke”.
Seeing pictures of a young Michael Jordan, a Cuban cigar in one hand and a championship trophy in the other is enough to make any man a little emotional. What looked like the highlight of a lifetime was only the beginning of the story. But, it’s a story we don’t mind hearing repeated, and a story that goes great with a cigar. 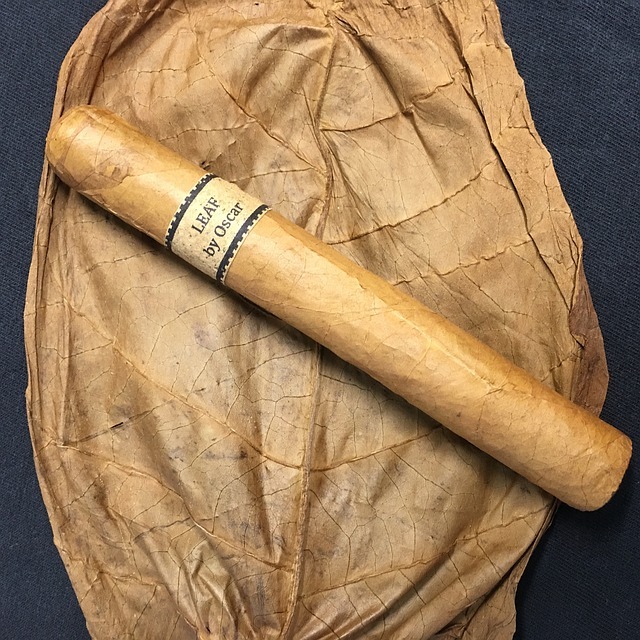