Cigar Smokers in an Anti-Tobacco World

Each year, anti-smoking laws get stricter. That makes it harder for cigar smokers and tobacco users to find places to indulge. Smoking laws usually target cigarette, e-cigarette, or vape users. Yet, when it comes to those who smoke cigars, the laws, rules, and regulations get a little more complicated.

Government Lumps All Nicotine Use Together

Beverly Hills is an interesting case study in the ongoing debate. Presently, it’s illegal to smoke almost everywhere within the city limits. That includes apartments and condos. In 2019, Beverly Hills City Council proposed a new tobacco law. It would be one of the most stringent anti-tobacco laws in the country if passed. The law would end the sale of all forms of nicotine including cigarettes, cigarillos, chewing tobacco and etc. The exceptions are nicotine products. So, we’re talking about patches and gums that help smokers kick the habit.
When news of the impending law was released, the Beverly Hills City Council received a sea of letters. The city’s cigar lovers also visited council meetings in protest. Also, cigar smokers gained support from one of the city’s high-profile residents. It was the former California Governor, Arnold Schwarzenegger. In a letter to the city council, Schwarzenegger wrote that he supported the ban. But, he highlighted the distinction between cigarettes and cigars. “I am right there with you,” said Schwarzenegger. “I agree with your battle to protect people from the dangers of tobacco smoke and I trust that (the city) will recognize the fundamental difference.”
Later, lawmakers amended the bill. The amendment permits cigar smoking in three dedicated cigar lounges within city limits. They include the Grand Havana Room, Buena Vista Cigar Club, and Nazareth’s Fine Cigars. 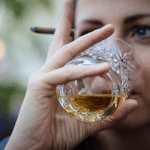 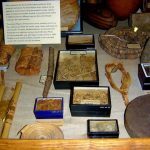